China-Russia technology and innovation forum took place on September 6-7, 2017 in Weihai, Chinese province Shandong. The major part of its agenda was dedicated to MARINET projects. 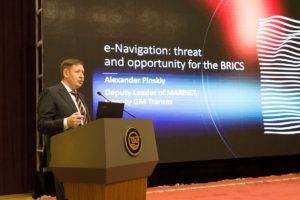 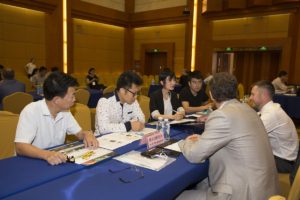 Shandong is one of the major centers of the Chinese sea industry, it has a port and economic zone of Qingdao, as well as the “Blue Silicon Valley of Qingdao” – a special innovation cluster created by the PRC government to develop the “blue economy” (ie all that is related to maritime activities). The forum was organized by the Weihai City Government and the Beijing International Center for Eurasian Technological, Economic and Cultural Exchange in partnership with the Russian NGO “Commonwealth of Silk Road” and with the support of JSC “Russian Venture Company”.

This is the first business mission within the MARINET and the National Technological Initiative as a whole, which was dedicated to the promotion of specific projects abroad to find international partners. At the MARINET Meeting in May 2017, it was announced about start of systematical activity on promotion of MARINET projects and participants to the international market – and the business mission to the PRC along with MARINET participation in the Neva-2017 international exhibition are the first practical steps in this direction. 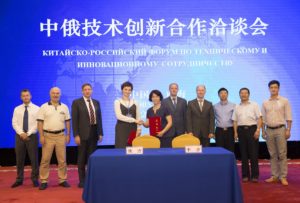 As a result of the forum, the following agreements are signed: the agreement between MARINET and the Beijing International Center for Eurasian Technological, Economic and Cultural Exchange about using Chinese Technology Exchange (CTEX) to promote MARINET’s projects; the agreement between the MARINET and the Shandong Shipbuilding Technology Institute (SIST) on cooperation in research and training; an agreement between the Kaliningrad State Technical University and the Shandong Vocational College on cooperation in the field of education and training. Representatives of Russian universities Natalia Kostrikova, Abdurashid Yafasov and Alexey Titov, as well as President of the Non-Profit Partnership “Commonwealth of Silk Road” Sergey Posidov were awarded with the title of Honorary Professor of Shandong Vocational College.

Separately, an agreement between the Weihai City Government and the Commonwealth of Silk Road was signed on the implementation of a long-term program to support high-tech development, which should become a platform for regional cooperation between Russian and Chinese partners.

Also, based on the results of the one-to-one negotiations, over 10 protocols on the intentions of cooperation between individual Russian and Chinese organizations were signed.